Mobiquity Featured in Center for American Entrepreneurship: Digital Platforms are Salvation for Many New and Small Businesses

Mobiquity Featured in Center for American Entrepreneurship: Digital Platforms are Salvation for Many New and Small Businesses

To see the original publication of this article visit Center for American Entrepreneurship.

In addition to its devastating toll in human lives, the Covid-19 pandemic has careened through the landscape of America’s new and small businesses like a run-away bulldozer.  In the ten months since the first documented case of Covid-19 appeared in the United States, as many as a million new and small businesses have closed permanently and more than a million others remain vulnerable.

The key to conquering the virus – technology – has also emerged as the critical life saver for American small businesses amid the storm, specifically online platforms of communication, marketing, sales, and delivery.  As they continue to scrutinize online technology platforms, policymakers should carefully think through the likely implications of any legislative or regulatory action to avoid unintended consequences that could potentially undermine the post-Covid economic recovery.

According to the Census Bureau’s September 10th update of its Small Business Pulse Survey, 1 in 20 small businesses – as many as 1.5 million – expect to close over the next few months.  And on September 16th, Yelp, the online rating and review service for local businesses, released its Economic Average Report, showing that business closures had increased 23 percent since mid-July and that 60 percent of all business closures since February are now permanent.

Meanwhile, record numbers of young businesses – “startups” – have failed or laid off employees, as many have been shut out of the Paycheck Protection Program (PPP) and the Federal Reserve’s Main Street Lending Program.

Such damage cuts to the very core of the U.S. economy.  Businesses with fewer than 20 employees account for 98 percent of all U.S. businesses and employ about a fifth of the nation’s workforce.  Meanwhile, repeated research has demonstrated that startups account disproportionately for the innovations that drive economic growth and job creation.  New and small business destruction, therefore, not only damages the economy now, it undermines the economy’s capacity to grow and create jobs after the pandemic.

Fortunately, there is reason for optimism.  Amid the wreckage, there are signs of hope and even new life, as new and small businesses improvise and adapt to the realities imposed by the pandemic.  While some businesses have pivoted completely, re-working themselves to meet new Covid-generated demand – such as breweries producing hand sanitizer – many other businesses have digitized their operations to survive and even thrive in a socially-distanced marketplace.

Forced by local restrictions to limit foot traffic in stores, or to close physical locations entirely, businesses have increasingly turned to online platforms like Facebook, Ebay, and Amazon to open digital storefronts, social media sites like Instagram and Twitter to market to customers, and digital payment tools like PayPal, Venmo, and Square to facilitate sales.  According to a State of Small Business Report published in May by the Small Business Roundtable and Facebook, 51 percent of small businesses reported increasing their online interactions with customers, 35 percent had expanded the use of digital payments, and more than a third of businesses that use online tools reported conducting all of their sales online.

The trend toward the digitalization of business has been underway for years, but Covid has dramatically accelerated the shift – in large part because of the warm embrace by the American consumer.  According to a recent analysis by consulting firm McKinsey & Co., the pandemic has compressed into three months the adoption of e-commerce by customers that would have otherwise taken 10 years, with three out of four Americans having tried a new shopping method due to the coronavirus.

And such trends are likely to persist.  Speaking at a European Central Bank forum on November 12th, Federal Reserve Board Chairman Jerome Powell said: “We’re not going back to the same economy.  We’re recovering, but to a different economy – one that is more leveraged to technology…I think you’ll see more telework.  You’ll probably see an acceleration of automation.  All of that was in the process of happening, but you’re going to see much more of it.”

Christopher Mims, technology columnist at The Wall Street Journal, agrees.  Citing four powerful sustaining forces of pandemic changes to commerce – huge investment by businesses in the infrastructure needed to deliver goods and services to homes quickly and efficiently, investments by households in technologies to keep their families safe, accelerated adoption of e-commerce by consumers, and the re-deployment of hundreds of thousands of American workers from on-site retail jobs – Mims concludes “the stay-at-home economy is here to stay.”

In the Mobiquity survey, 9 in 10 baby boomer respondents said they will continue to use remote e-commerce technologies even after the pandemic ends.

Given this reality, digital platform storefronts and sophisticated e-commerce capability are no longer novelty complements to businesses’ principal identity, but rather are increasingly core operations.  According to a recent survey by Visa, more than 80 percent of consumers indicated that digital tools such as a user-friendly website or online loyalty program are motivating factors when deciding where to shop.  In addition, 61 percent of respondents said they plan to increase their online purchases over the next five years, while 78 percent plan to maintain or decrease their in-store purchases.

A report released in May by the Connected Commerce Council found that small businesses without an e-commerce presence were twice as likely to close during the Covid crisis.

Covid-19 has accelerated the shift to technology-powered e-commerce by at least a decade, significantly altering the nature and operation of the U.S. economy and the competitive requirements of business success.  As a result, America’s post-Covid economic recovery depends in large part on new and small businesses operating, growing, and thriving online. 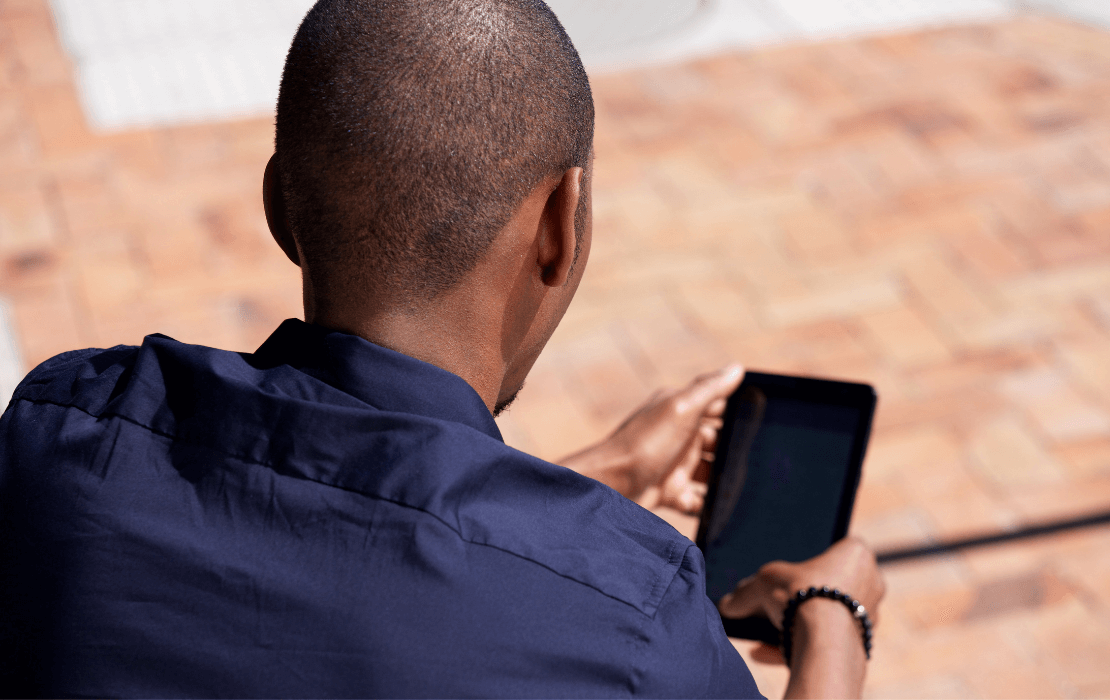