Mobiquity featured in Fintech Finance: InsurTech Magazine: Ahead of the game

Mobiquity featured in Fintech Finance: InsurTech Magazine: Ahead of the game

To see the original publication of this article visit FinTech Finance: InsurTech Magazine.

Brian Levine, Vice President of Strategy and Analytics at Mobiquity, walks insurers through its latest study into loyalty among younger insurance users – and why providers should stay one step in front of them

Canadian ice hockey star Wayne Gretzky famously said: “I skate to where the puck is going, not where it has been.”

That’s not a bad mantra to have in business, too – it’s the ability to anticipate and provide for future customer demand and behavior that separates the companies that survive and thrive from those that are outflanked by the future.

The problem with the insurance industry, though, according to Brian Levine, vice president of strategy and analytics at full-service digital transformation enabler Mobiquity, is that it’s ‘still very much where the puck is’ when it comes to innovation – heavily focused on digitizing to meet current customer needs but not greatly concerned with those of the younger generation coming up behind, who it mostly regards as too fickle to warrant investing in heavily. While, if correct, that is understandable, it’s also short-sighted, argues Levine, citing what’s known as the Innovator’s Dilemma.

“Companies that focus on underserved [for which, in insurance, read ‘younger’] customers are those that wind up building better digital tools for the future and, ultimately, taking the business. If the big companies aren’t investing in young, underserved customers – if all they’re doing is digitising what exists – then they’re not seeing where those young customers are going,” he says.

It’s easy to see why insurers would want to focus attention on older, more loyal, premium-paying demographics – the problem is, the definition of ‘older’ is creeping up all the time. Mobiquity’s recent report, How To Drive Loyalty And CLTV (customer lifetime value) Among Young Insurance Customers, revealed that consumers aged 55 and under were three times more likely to switch insurers in the next 12 months than those in the 56-or- older category. Under-55s are also between 50 and 100 per cent more likely to use digital tools to manage their insurance, according to Levine. These customers place twice as much importance on being able to use an insurer’s app – with policyholders aged between 25 and 40 indicating that the availability of good digital solutions is a key reason for switching providers. In particular, they are looking for a better mobile app, more online options for changing their policy or handling claims,and an easier-to-use web portal.

You only have to look at New York-based insurtech Lemonade to see how advantageous ticking all those boxes can be. The startup uses an artificial intelligence-based chatbot to make buying contents and liability cover simpler, more transparent, and pared down to a matter of seconds. Claim payouts are made fast, too – about a third of claims are settled in three seconds. And there’s a giveback feature that donates unused premium to charity.

Lemonade is clearly marketed at price-sensitive Millennials – who often rent, have a lower income and might appear more capricious in their buying habits than previous generations, but often simply have motivations, such as social conscience buying, that weren’t embraced to the same extent by previous generations.

The thing to note here is that Lemonade, by accurately gauging and engaging with the ‘younger’ lower-value market, ended 2020 with a million customers and well on its way to being a global brand, with footholds in Germany, the Netherlands and France.

Levine would argue that Lemonade is tackling the Innovator’s Dilemma precisely by targeting the disaffection, not to say distrust, felt by younger consumers towards insurers; acknowledging the high likelihood of them switching, and capitalising on the impact of digital tools to attract and keep them. Where all those things meet is ‘a great space to invest’, says Levine. So, why are incumbents reluctant to?

“They’re minimising risk in their portfolio today by not creating this added expense, which would hurt profitability,” Levine suggests. “They know that [by not investing] they won’t see a flood of customers leaving in the near-term. But, on the other hand, they are not minimising the future risk of that happening,”he says.

What’s needed, in his words, is ‘a culture of being both customer-centric and learning-centric’; using a blend of contextual data and customer trend research to identify what customers are likely to want in the future; learning about where the industry is headed, too, in terms of things like partnerships, added value and embedded insurance, if they want to gain and retain future generations – because, despite the received wisdom, retention is entirely possible, says Levine. If they can anticipate what future customers are going to want, then they can get a strategy in place. A key element of that is knowing what’s likely to constitute added value for this group.

“People, especially those in the under-55 category, are so aware of the value of their time now – they know, thanks to Google, that they’re a commodity for advertisers, for instance – and they are more thoughtful about their own value to an insurer. So, what’s important is the exchange of value,” says Levine. “If an insurer is going to ask more from you, if they’re going to want you to pay more, they have to give you more. So, what more can an insurer do for you, that makes you feel that the amount your premium was raised by, is coming back to you in other areas? This is where digital tools come in.”

Services such as automatic accident detection and digital home monitoring tools to both prevent and assist claims are examples, he suggests, of such a fair exchange of value. The Mobiquity report indicates that such innovation not only makes younger users more loyal, but encourages advocacy through social media and positive reviews, which influence others’ propensity to download and onboard with an insurer via its app. It’s a virtuous circle.

It’s as much about psychology as technology, says Levine: “It’s leveraging people’s thinking about the digital space.” The app is key, he says. Across all age groups surveyed for the Mobiquity report, 38 per cent of customers said that they’re less likely to switch insurer if they’ve downloaded its app. “We also have 40 per cent saying they’d consider switching to a company with better reviews. So we should put these two things together,” says Levine.

“As an insurer, I want them to download the app and to try it out. I then embed a pop-up that gets them to write a review if they’re having a good experience. This, in itself, can lift the number of reviews and the score of your reviews significantly.

“Getting them to download and review has two effects: we see better reviews in the app stores, and because there’s a correlation between positive reviews and the likelihood to download, the insurer’s app will get downloaded more. In addition, if, as a consumer, I’ve made the commitment to this company by downloading, and if I’ve made a public statement that this app is good, social psychology tells us that I’m more likely to believe it’s good, and more likely to stay.”

Insurers might find that while the over-55s appear content (for now, at least) to pay premiums, year-on-year, regardless, there’s a deep well of users among this group, too, who would appreciate digital progress. Forty per cent of over-55s use apps to manage their banking, after all, but just one in 10 use digital tools for their insurance. By comparison, about half of younger people use banking apps and about a third manage their insurance online. In reality, the over-55s are still ramping up their digital usage – they just started a bit behind.

So, what are the key messages for insurers in all of this?

That younger people are not less loyal per se, but because they are (generally speaking) more used to surfing for products that better suit them, by price, value or relevance, they are more likely to switch unless providers offer relevant added-value tools and services to engage them.

That the over-55s’ loyalty to a provider is not an indication that they would not use and appreciate more digital tools, and that such tools would likely result in users becoming recruiting sergeants through the posting of positive app reviews and referrals.

That digital innovation can redraw the widely perceived image of insurance as an industry that, in Levine’s words, ‘takes and doesn’t give’.

And, finally, that newcomers like Lemonade can, and will, take and hold on to the next cohort of insured unless incumbents respond by skating to where the puck is going. 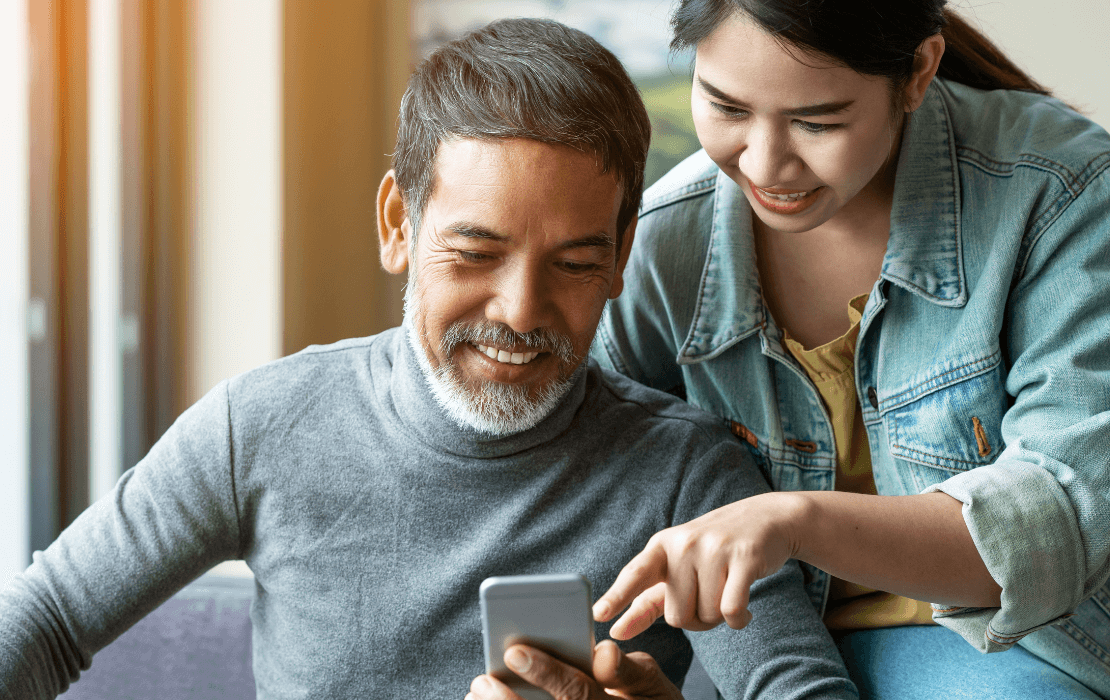