To see the original publication of this article visit Street Fight Magazine.

Most apps live on Apple’s App Store — home to nearly two million apps and access to 100 million iPhone users. Once a brand joins these ranks, there’s one goal: Drive positive ratings that entice more users to download and try the app. High ratings are critical for app visibility, as a higher rating has a strong correlation to trial, and Apple ranks those with more positive ratings and reviews higher than apps with negative ones.

But this ratings system can be manipulated to create false app ratings and skew scores, and that’s a bigger problem for marketers than they may realize.

In 2017, Apple introduced in-app review prompts, which allowed iOS developers to solicit reviews or ratings from app users without being redirected to the app store. You’ve likely experienced a rating prompt if you’re an iPhone owner. For example, a food delivery app may ask for a rating after you use a discount code on your dinner order or a directions app may ask for a review after you’ve reached your destination on time.

These prompts appear to be harmless nudges. In fact, they technically follow Apple’s human interface guidelines for ratings and reviews: “Ask for a rating only after the user has demonstrated engagement with your app. For example, prompt the user upon the completion of a game level or productivity task.” You can also turn off the in-app review prompts in your iPhone or iPad settings.

But in reality, Apple’s guidelines enable developers to manipulate users into leaving a positive rating or review when they’re already in a good mood. As a result, the ratings manipulation creates grossly inflated ratings for many apps.

In my own research, I found that within six months of Apple introducing in-app review prompts, the average score for a random selection of 30 apps that included the prompt climbed from 3 stars to 4.7 stars. The frequency of user ratings also skyrocketed by a factor of 62. Additionally, a few brands experienced substantially higher jumps in their average star ratings:

Moreover, even if an app receives a number of bad ratings or reviews, app developers can simply reset their ratings and try again. And most consumers have no idea this rating manipulation is even happening.

Why False Ratings Matter to Marketers

Although developers make no secret about their active ratings manipulation, their actions have major implications for marketers and consumers. Here’s why.

Inflated stars give the wrong impression of customer satisfaction.

Many marketers leverage apps to drive customer engagement and revenue. However, inflated App Store ratings can create a false sense of the customer experience your own app provides. If the experience does not match the customer expectation, this disconnect could cause frustration and attrition as well as damage to your brand’s reputation.

Having a distorted view of customer satisfaction can lead teams to misplace their budget spend through continued investment in an underperforming app or lack of investment in an app that could do much more for their customers. Investing and focusing on the wrong areas can lead to more discontent among customers, further hurting your brand’s image and, ultimately, its bottom-line goals.

A side effect of false customer satisfaction is stifled innovation. If all indications from high ratings suggest that customers like your app, what incentive does your brand have to continually improve it? Developers can easily create a subpar mobile app that earns a 4+ star rating and be rewarded while management has no idea that the experience is actually sub-par. With uninflated feedback, brands will work harder to improve their app to create a positive customer experience that will drive real engagement, not reward developers for ratings inflation.

Although prompting app reviews is an easy tactic to execute, it’s also a costly one. Gaming app store promotion algorithms, as well as using behavioral analytics to determine optimal customers and moments to prompt a rating, requires time spent by developers. This dedicated effort puts brands with deep pockets at an advantage and takes time away from developers to actually improve the app experience. The ability to game the ratings system makes the App Store rankings list anti-competitive. Smaller brands that may offer a better app than their competitors are essentially under-downloaded and shut out of top app lists. Without the ability to generate the volume of ratings and reviews bigger brands can afford, they end up buried by the competition.

In the end, inflated ratings are essentially false advertising that harms both the customer and the brand. Although developers are technically following the rules, Apple’s guidelines will ultimately lead to customer distrust and declining revenue. It’s time to call on Apple to install a rating system that promotes fairness and a credible review process. 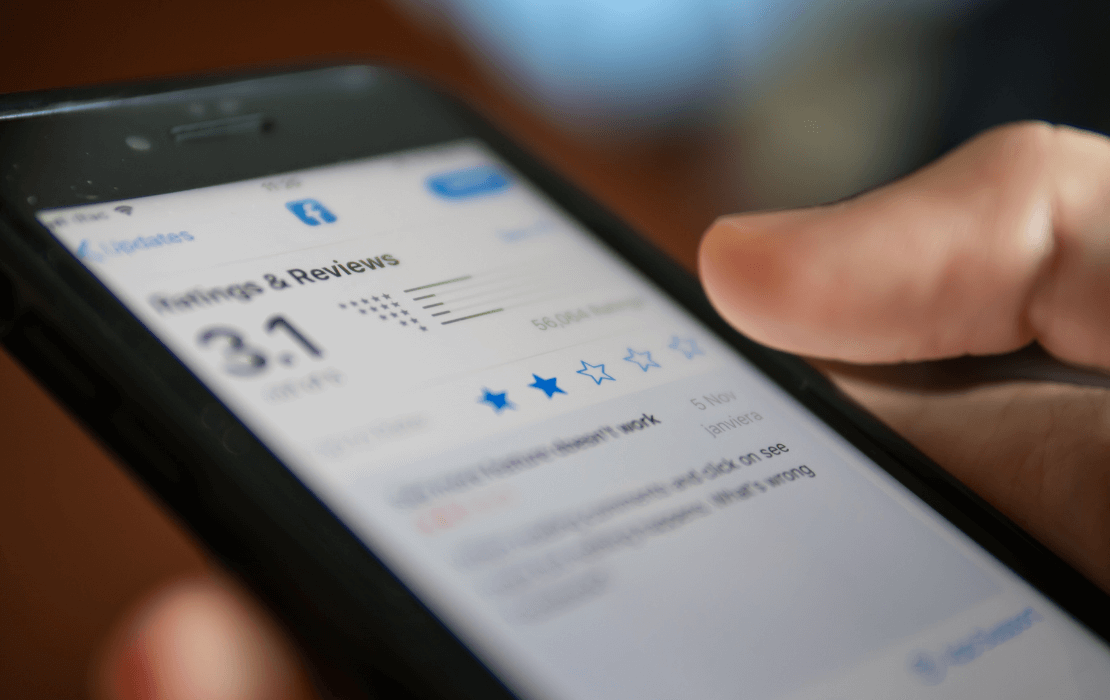