Mobiquity voice skill featured in NBC News: Thanksgiving will be smaller this year — and that means smaller turkeys

Mobiquity voice skill featured in NBC News: Thanksgiving will be smaller this year — and that means smaller turkeys

To see the original publication of this article visit NBC News.

As the COVID-19 pandemic rages on, Thanksgiving will likely be different this year — as in a lot smaller. The Centers for Disease Control and Prevention (CDC) categorizes large indoor gatherings as high-risk activities, so we’ll see more families making this traditionally travel-heavy holiday an intimate affair, and plenty of rookie cooks making their first Thanksgiving dinner on their own.

What does all this mean for shoppers? Well, for one, it means more small turkeys in stores.

The average size of a turkey used for a Thanksgiving dinner in years past is 16 pounds. This year, supermarkets like Stew Leonard’s, a family-run supermarket chain that has seven stores in the Northeast, are bumping up orders of turkeys under that weight — and decreasing orders of birds beyond it.

"We’re looking to decrease the number of turkeys over 16 pounds and stock 20% more turkeys under 16 pounds this year,” said Stew Leonard Jr., President and CEO of Stew Leonard’s.

Leonard’s decision is informed by conversations with colleagues, customers and direct feedback from consumers. Upon polling customers and asking whether their Thanksgiving dinner would be bigger, the same, or smaller — nine out of 10 survey respondents said “smaller”.

Grocers are upping orders of smaller turkeys by 20%

Leonard is also bumping up orders of plain turkey breasts in anticipation of a surge in consumer demand in that department.

“We think people will buy a smaller turkey and a turkey breast to supplement the gap a bit,” he said. “We’ve found turkey breast to be popular because people are pursuing healthier lifestyles. They want to eat more of the white meat and less dark.”

Ehran Ostrreicher, owner of Homestead Meats, a butcher shop in Evanston, Illinois, is also planning for an increased demand in smaller birds and cuts, similar to what he saw over Rosh Hashanah and Easter.

“For Rosh Hashanah this year, we got a bunch of orders for small briskets, like three to four pounds instead of the bigger orders we usually see, which are around seven to eight pounds,” Ostrreicher said. “I’m assuming it will be the same for turkeys, as well as for turkey breasts, legs and thighs. Easter was also more small orders and fewer large orders.”

Though we're expecting smaller feasts — and a spike in demand for smaller birds — large turkeys aren’t exactly going extinct when it comes to Thanksgiving dinner planning.

“Our research indicates about 25% of people will be looking for a smaller turkey; but interestingly, 75% of people indicated they will purchase the same size turkey or a larger turkey than last year,” said Rebecca Welch, senior brand manager, seasonal business at Butterball.

The National Turkey Federation (NTF) is also seeing history repeat itself in terms of the demand for large birds.

“Some may opt for a slightly smaller turkey or a bone-in turkey breast this year, but we expect there will still be demand for larger whole bird turkeys, too,” said Beth Breeding, vice president of communications & marketing at NTF. “Thanksgiving leftovers are one of the best parts of the meal. We’ve all been cooking a lot more over the past few months, and leftovers to keep or share with others are a valuable commodity.”

Perhaps what it really comes down to, is that what consumers want this year are more choices. This Thanksgiving isn’t going to be a normal one, so why stick to the normal menu? Mega-supermarket chain Kroger, for instance, is not only bringing in large and smaller turkeys for the holiday, it’s diversifying its selection of meats — and non-meat — options.

“We anticipate an increase in demand for other proteins like ham, beef, pork roast and seafood as first-time holiday cooks are presented with the opportunity to create new meal traditions,” a Kroger spokesperson told TODAY in an email.

Kroger’s stores will also offer “a selection of plant-based proteins to meet the growing demand for vegan, vegetarian and flexitarian options,” the Kroger spokesperson said. “Featured plant-based items will include meatless roasts."

Don’t delay your shopping and follow the basic safety rules

Whatever you’re thinking about making for Thanksgiving dinner, you should get started sooner than later on your grocery shopping.

“If you are looking for a smaller turkey we do recommend you shop early so you have the best selection,” said Welch.

Remember too that some supermarkets will be closed on Thanksgiving Day, meaning that stores could be extra swamped on the days leading up to the holiday. Because of CDC guidelines around social distancing, waiting until the last minute could mean getting stuck in a long line outside of the store.

“We count the number of customers in store and keep it to less than 50% of occupancy,” Leonard said. “We’re going to increase signage and have more team members available to assist customers and help them get out quickly, but we’re concerned about the rush in on the Tuesday before Thanksgiving. That’s the sticky day right now.”

To make your life easier and help grocers run their business smoothly and safely, buy your bird early and put it in the freezer ASAP.

“At Butterball, we recommend getting your turkey in the freezer as soon as possible once you are home,” said Welch. “Move it to the refrigerator to thaw and we recommend allowing one day of thawing for every 4 pounds of turkey (remember Thanksgiving doesn’t count as one of those days!) to ensure it is completely thawed in time to cook on Thanksgiving Day.”

If this is your first time cooking Thanksgiving dinner, know that you have plenty of support.

You can also use Mobiquity's Alexa skill for Butterball's Turkey Talk Line. 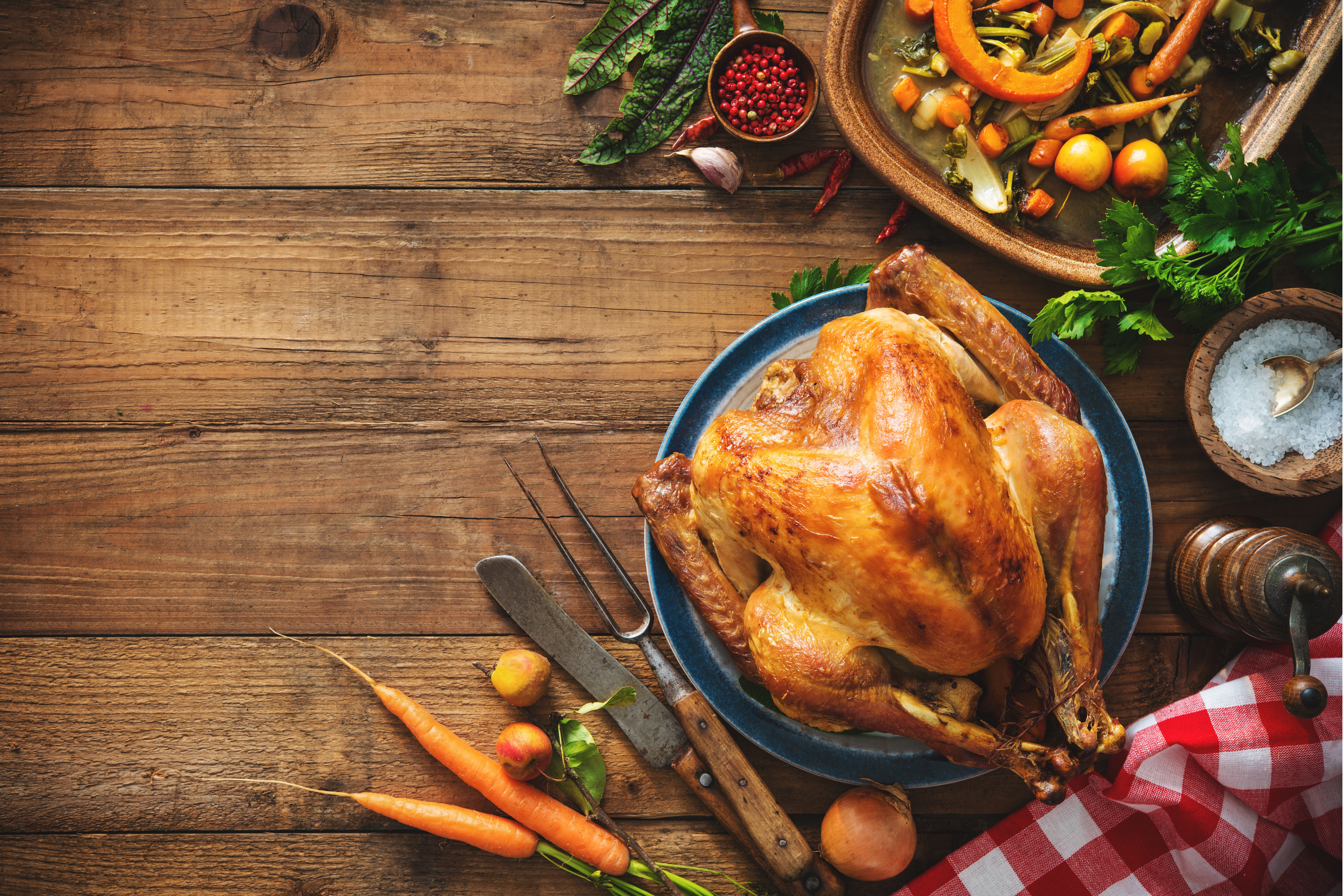