To see the original publication of this article visit Global Finance.

Some disasters happen in the blink of an eye; others telegraph their arrival. The world watched as Covid-19 outbreaks spread from Wuhan, China, across the Pacific Rim through January and February. Governments in Europe, the Americas and Africa waited until early March to coordinate with their respective financial sectors to gird for an economic shock unseen since the Great Depression.

“The coronavirus pandemic acted as a catalyst and the impetus to have companies realize that they will need to do business differently,” says Monica Spigner, executive vice president, business transformation, at Teleperformance, a business-services provider.

On March 6, representatives of various French banks met with the Ministry of Economy and Finance regarding preparedness for the pandemic’s economic fallout. The ensemble assured the government that the banks were developing tailored short-term financing offerings, that the banks would administer case by case, for micro and small to medium-sized enterprises (MSMEs).

By the second week of March, French banks such as Societe Generale (SG) were offering cash flow relief to affected professional, SME and other business clients. SG permitted its clients with existing loans to defer payments for six months without incurring a fee, streamlined processes to obtain short-term funding and promised to respond to financing requests from professional and SME clients within 48 hours.

Banks in South Africa could not begin coordinating their pandemic response until March 26, when the Ministry of Trade, Industry and Competition published Gazette Notice 11058, which permits them to hold collective discussions regarding how to strengthen their pandemic response. Between mid-March and the end of April, South African banks provided their clients over 7.7 billion rand (about $441.1 million) in cash flow relief, according to the Banking Association of South Africa.

Keeping The Lights On

During March and April, financial institutions turned their focus inward in response to the multiple-week home-confinement orders issuing from national, regional and local governments.

Banks had to create secure internet connections for employees who would be working from home, distribute laptops to employees and increase their videoconferencing licenses on a scale most organizations have never witnessed. Nonetheless, firms faced the dual problems of operating with a skeleton crew in their workplaces while the vast majority of employees worked from home.

Connectivity issues quickly appeared, as most banks found that their infrastructure did not lend itself to the level of virtualization required by the enforced work-from-home model. Remote workers soon found they had limited access to tools and systems, despite their employers’ efforts to digitize over the past few years.

“Frankly, most financial services footprints are still within mainframes,” says Spigner. “Those are tools and platforms my parents learned a very long time ago. People are not studying those platforms any longer.”

Other financial institutions in the emerging markets wrestled with just connecting their workers who were bound at home. Some of the largest banks in Africa and Asia discovered that 85% of their employees lacked computer and internet access at home, according to Paul van Dommelen, strategic advisor, Digital Banks EMEAA at digital consultancy Mobiquity.

“I am aware of some clients who have been working on getting their people 4G apps to connect to work, because their employees lack internet access,” he says.

Although all-digital financial institutions and fintech startups found it easier to convert their employees into remote workers, many did not fare well compared with their brick-and-mortar rivals.

“Many SMEs moved their funds from all-digital and startup institutions to well-established banks,” says van Dommelen. “In their minds, the larger banks are less likely to go bankrupt.”

To further complicate matters, institutions found that the Covid-19 pandemic rewrote their standard operating rules. Cash flow and revenue forecasting now need to factor in the likelihood that a business could cease operations for three months.

Through it all, most banks chose to delay scheduled digital deployments. “It has been a two- to three-month period; and I haven’t seen much innovation, to be honest,” says van Dommelen. Then again, “I didn’t expect much innovation to happen, given these issues.”

The pandemic may not be coaxing innovative offerings out of individual financial institutions. The industry, however, is helping to create the government-guaranteed loan programs that will keep their MSME clients afloat through the crisis.

France’s initial bailout plan, announced on March 24, offers SMEs and businesses in hard-hit sectors a €45 billion (about $50 billion) aid package that includes corporate-loan guarantees up to €300 billion, or 15% of the nation’s annual GDP. Under the program, banks can cover up to three months of 2019 revenue or two years of payroll for innovative firms or those that started up after January 1, 2019, with a one-year loan, 90% guaranteed by the French government, that banks will offer at cost. Clients can choose to repay or amortize the loans over one to five years.

In a burst of speed, France’s sovereign wealth fund, Bpifrance, took less than 72 hours to develop the platform that administers the program.

“This facility was made possible thanks to a strong cooperation with the French government, and it will allow our bankers to provide even better support to their clients during this difficult period,” Marie-Christine Ducholet, head of Societe Generale retail banking in France, said in prepared remarks.

The Bank of Canada chipped in with a Standing Term Liquidity Facility that will provide additional central bank liquidity on known terms to eligible institutions that post a broad array of collateral, including mortgages. Canada’s Big Six banks as well as Canadian Western Bank, Equitable Bank and HSBC Canada began accessing the facility at the end of March.

The South African National Treasury, the South African Reserve Bank (SARB) and commercial banks similarly created a 200-billion-rand, starting with an initial 100-billion-rand, special credit facility to fund loans to qualified SMEs. The SARB has the option to double its funding if necessary. Banks will need to sign bilateral agreements with the SARB to participate in the facility.

Absa, First National Bank, Investec, Mercantile Bank, Nedbank and Standard Bank were the first participants in the credit scheme, which started operating on May 12.

“The progress financial services have made thus far should be seen as a worthy achievement, considering the speed at which they operate,” says van Dommelen at Mobiquity. “The fact is that the majority of banks have been able to implement the lending protections in at least some shape or form. It is not necessarily a compliment. But given what they had to deal with, it is not bad, either.” 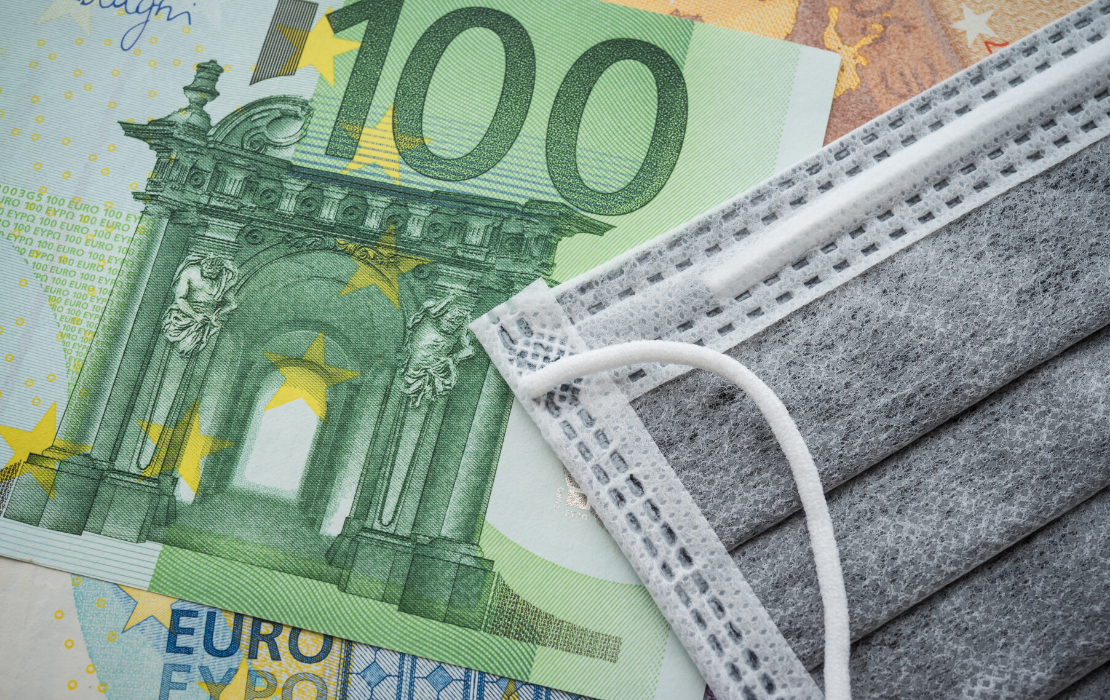